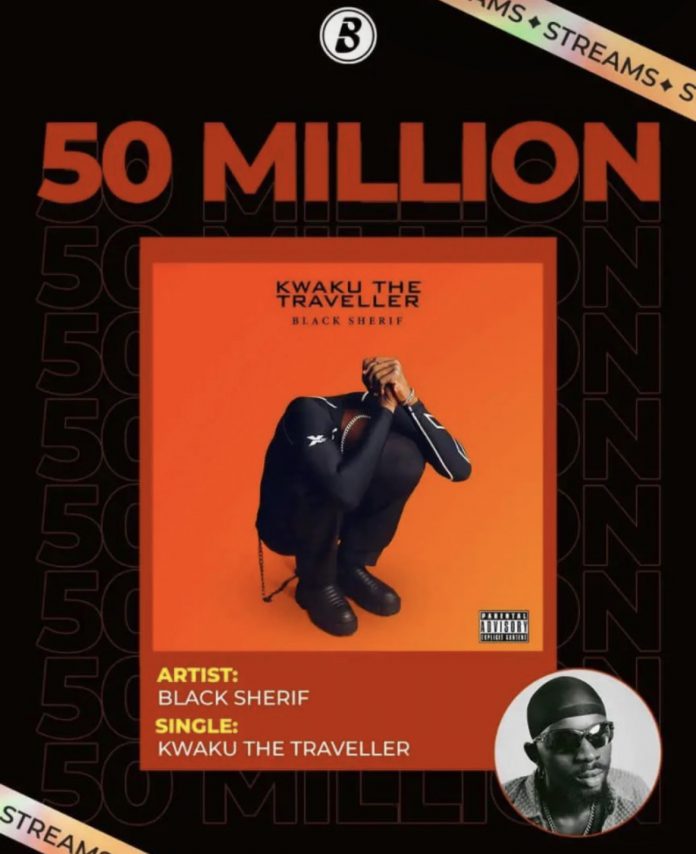 Singer Black Sherif’s hit song, “Kwaku the Traveler”, has become the first song by a Ghanaian artist to surpass 50M streams on Boomplay.
This achievement has added to the wide reach of his songs. The 20-year-old singer has been on a phenomenal run since last year when his “First Sermon” freestyle, intended to be a prelude to an upcoming EP, went viral and shot him to fame.
He released “Second Sermon” as a follow-up freestyle and it became a continental hit that attracted a remix featuring leading Afrobeats and Afro-fusion artiste, Burna Boy.
Kwaku the Traveller” (KTT) by Black Sherif was released on Friday, 31st March 2022, and became the first Ghanaian song to record 1M streams on the first day of release on Boomplay.
The song consistently topped charts and broke records across the world, catching the attention of renowned American music executive DJ Khaled.
Meanwhile, on 17th of June 2022, Blacko joined Boomplay’s Golden Club, a list of artists who have clocked and surpassed the 100M total streams milestone, including Burna Boy, Wizkid, Davido, and Diamond Platinumz, Fireboy DML, Joeboy, Omah Lay, and Rayvanny.

I sacrificed everything for Meghan Markle — Prince Harry says in documentary

“So far as it’s mutual” – Singer, Adina drops her opinion...

After over four years, 2022 Oscars Awards will be hosted by...