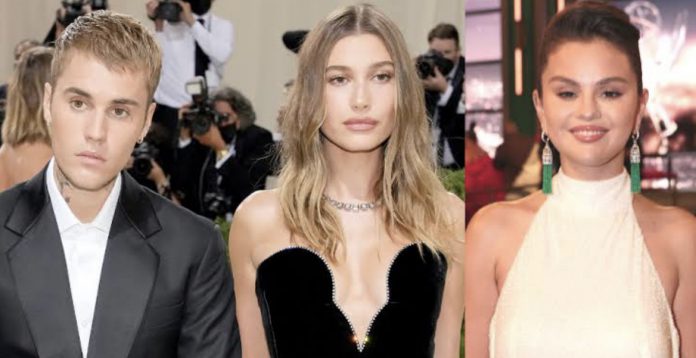 American model, Hailey Bieber has cleared the air about claims that she stole Justin Bieber from American Singer, Selena Gomez.
Hailey, who appeared on the “Call Her Daddy” podcast, got right into the subject with host Alex Cooper.
Alex directly asked if there was any overlap between Justin and Selena’s relationship and Hailey’s with Justin, especially right before they married.
Responding, she said she’s not a homewrecker and was never romantically involved with superstar Justin Bieber while he was with another person, Selena or otherwise.
However, she’s aware of the timing of things appearing as if there was a quick succession of romances, from Selena to Hailey, but insists she waited.
Hailey suggested Selena and Justin weren’t as intense as the rest of the world thought then!
She ends by saying she’s spoken with Selena since marrying Justin and that she respects Selena.

“My cheapest video gave me my biggest breakthrough” – Singer, Guchi

US Judge Dismisses Suit Against Saudi Prince In Khashoggi Murder

Cut your expenditure to the bone – Securities Industry Association to...

‘They saw biodiversity as a cookie jar’: David Mabuza reported to...

“No one from my family is complaining” – Singer Mr P...

I had 3 miscarriages before our second child – Mabel Makun