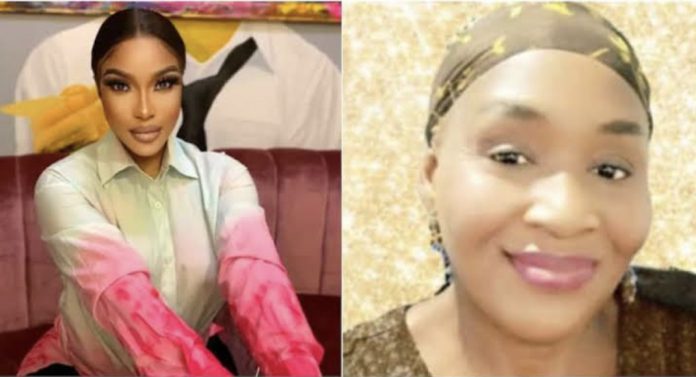 Kemi Olunloyo has challenged Nollywood actress, Tonto Dikeh on why she is obsessed with her.

This came after an interview granted to the movie star’s ex-lover which resulted to back and forth tantrums between the duo while Tonto pledged not to back down as she stated that she would help curb Kemi’s veil mouth.

To maintain her stand, the actress boarded a flight from Abuja to Lagos on Saturday evening simply to have Kemi Olunloyo arrested.

“Kemi I have just landed in Lagos solely to find you… You have 2 options and 1facts, show up at the address in your dm, don’t show up and make me waste my funds and time. Now this will get me super super super mad!! And Kemi you need to know I have never said a thing I can’t do, am here to spank you thoroughly”

In her response via her Twitter page, Kemi Olunloyo questioned why the actress was obsessed with her.

According to Kemi, Tonto Dikeh’s obsessional behavior is likened to that of an active drug user.

“Ms Tonto Dikeh The obsession she has for me is typical of an active drug user. I have invited her to join in the war on drugs via education instead of begging the @ndlea_nigeria to test her and make her an ambassador. Tonto start building yourself and stop erratic behaviour,” Kemi replied.

“Nobody should use Android phone to take photos of me”- Bobrisky

Oaks and Corks: The Brief History of Wine in Egypt

Toke Makinwa hits those who degrade her achievements

I can’t wait to get back on set – Kemi Adetiba