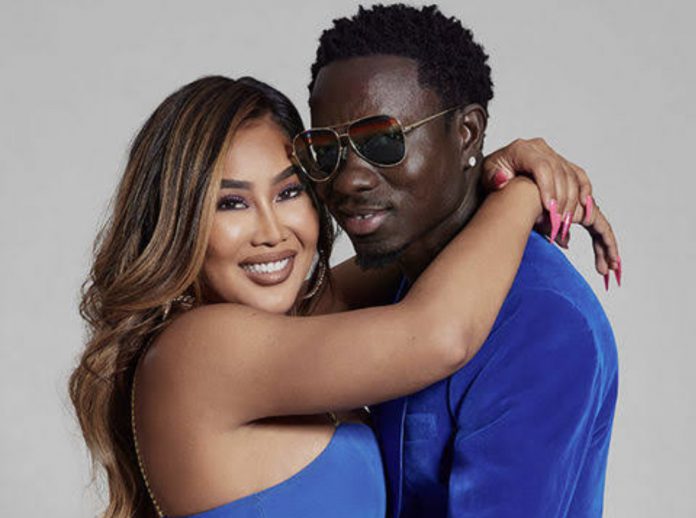 The fiancée to Michael Blackson, Rada the Ghanaian-American comedian, has revealed that she allows the comedian to have one side chick per month.

She disclosed sex with the same person over the years could lead to boredom, especially in a very long-term relationship.

“I have been in a long-term relationship and I said this before, you having sex with the same individual for years is boring. I just want some excitement in the bedroom,” she said.

In his reaction when asked if he also repaid the motion to Rada, Blackson said he does not permit it.

He said, “She’s allowed to have any female she wants but not a man. I don’t want a man, she doesn’t want a man. We don’t need another p***s in the relationship.”

American singer, Travis Barker breaks silence about his sickness after being hospitalized.

Osun people will lawfully resist all attempts to them of their...