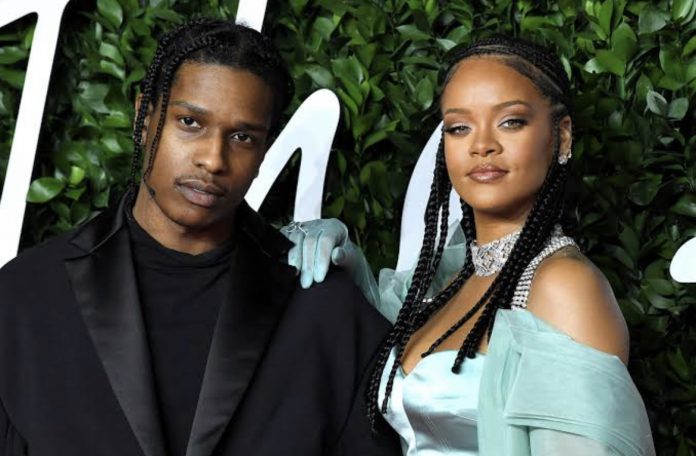 Popular Barbadian singer, Rihanna Fenty, and her lover, ASAP Rocky, have welcomed their first child together.

TMZ, which quoted close sources, reported that the baby boy was born last Friday, May 13, 2022, in Los Angeles.

The couple had in January broke the internet when they announced that they were expecting their first child together.

Rihanna had always shown up in style during her pregnancy as she effortlessly showed off her baby bump.

During the pregnancy, there was a mild drama as ASAP Rocky got arrested by the Los Angeles Police Department in connection with a shooting that occurred in November 2021.

The Department had announced in April, that the rapper whose legal name is Rakim Meyers, was arrested for assault with a firearm at the Los Angeles International Airport.

Despite the arrest, the pregnant Rihanna had shown support for her man, as she was spotted during one of his shows, which happened after the arrest.

The new child is the first for both Rihanna and her rapper boyfriend.

“Nobody should use Android phone to take photos of me”- Bobrisky