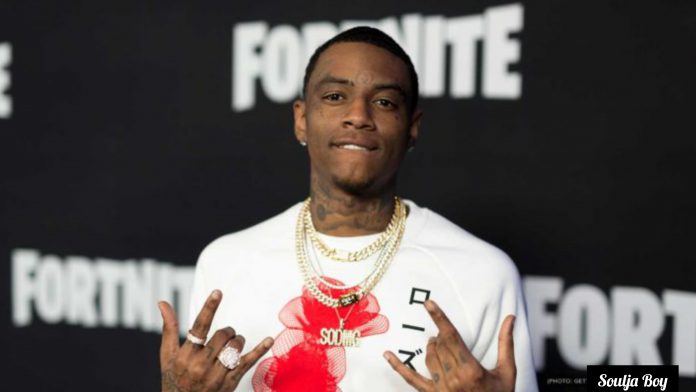 Los-Angeles-based hair stylist, Jackilyn Martinez and his boyfriend, Soulja Boy, shared images of the newest addition to the family.

“We are blessed with a baby boy,” Jackie wrote in a previous Instagram post alongside a video of footage from the pair’s gender reveal.

Sharing a photo of himself and his new baby, he wrote: “Lil Soulja daddy love u 🥹🥹🥹🙏🏾”
Recall that in March, the rapper announced on Instagram that he is expecting his first child.

He shared a video of himself and Martinez at a baby reveal party. As soon as the blue confetti and coloured powder exploded, Soulja Boy started jumping up and down before running over to Martinez to give her a hug. He wrote in the caption: “It’s a boy!!”

Jaruma pleads with Nigerians to take custody of two of late...