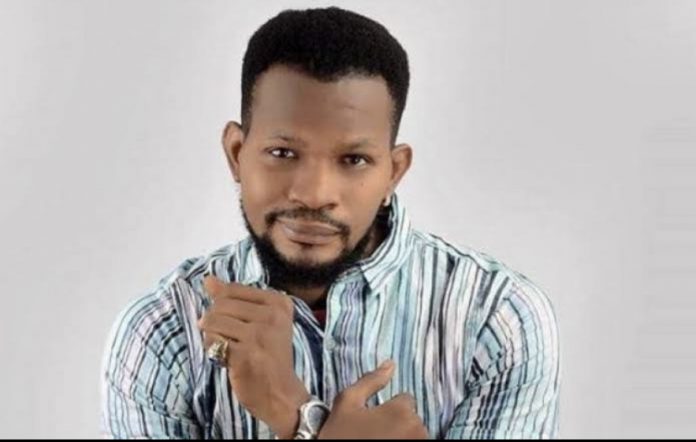 Not quite long after Davido applauded his girlfriend, Chioma online, Nollywood actor, Uche Maduagwu has called out Davido.

David had praised Chioma on social media for being a good chef and mom on Tuesday this week.

Seeing this, the actor chose to accuse and drag Davido for using Chioma who is also the mother of his son Ifeanyi, to promote his music and shows.

The actor believe Davido had an a motive for hailing Chioma, noting if Davido is not prepared to marry Chioma, he should stop applauding her and using her to ”grow his music career.”

He reacted to Davido hailing Chioma: “So all this months you IGNORE this good woman for no reason on social media, all of a sudden when 02 Arena TICKET no dey sell like Odogwu own you miraculously remember say she be world greatest chef on social media? Just to get Nigerians in UK to fill seat for your show or what exactly? This is just so wrong bro, I love your music but if you promise woman marriage and for no reason no fulfill that promise after introduction, engagement ring and belle, no dey take am promote or grow your music career then”

Heartwarming moment Ghanaian Singer, Kuami Eugene drags his Househelp to perform with him on stage

2 against 1: Tonto Dikeh, Praise Nelson bounce on Trolls over...