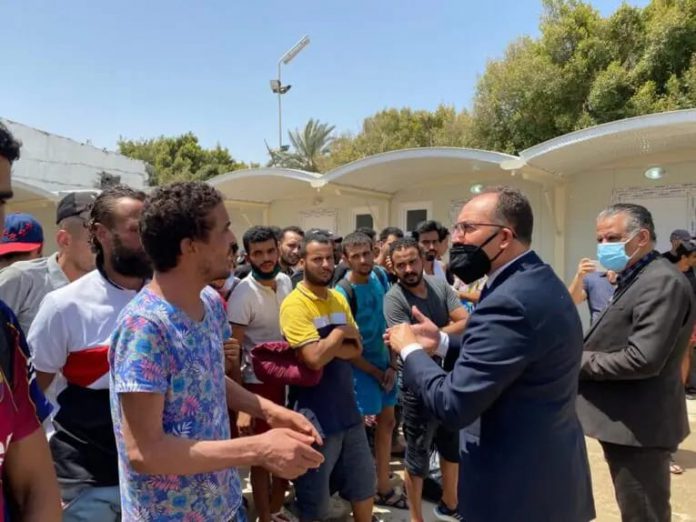 Tunisia’s Ambassador to Libya, Al-Asaad Ajili has assured Tunisians of their imminent release. He stated this during his visit to the Illegal Immigration Centre in Tripoli.

The Ambassador of the Republic of Tunisia, accompanied by the Consul General, paid a visit to the Tripoli Illegal Immigration Centre to receive updates on the situation of Tunisian illegal migrants in Libya.

According to the Tunisian Embassy’s official Facebook page, he met with the head of the Anti-Illegal Migration Service, who confirmed that all Tunisian immigrants would be released within the next two days, or at the latest during the weekend, after the necessary administrative, legal, and health procedures were completed.