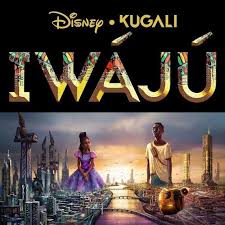 The collaboration between Walt Disney Animation and Comic book entertainment company, Kugali, which is a first of its kind is to produce an animation series titled, ‘Iwájú’.

The sci-fi series which set is in Lagos, Nigeria, will explore major themes of class, innocence, and challenging norms and according to the director, Ziki Nelson, it will “combine Disney’s magic and animation expertise with Kugali’s fire and storytelling authenticity. Iwájú represents a personal childhood dream of mine to tell my story and that of my people.”

While confirming that the long-form series will debut on Disney+ in 2022, Walt Disney Animation Studios’ chief creative officer, Jennifer Lee revealed that they found Kugali comics from a BBC article highlighting the comic artists.

There were three talented comic book artists. Their dream was to bring African stories created by an African artist to the world, highlighting the diversity of cultures, histories and voices across the continent”, Lee shared.

“Their talents as storytellers blew us away. I’m proud to announce the first of its kind collaboration to bring original long for series to Disney+.”

It was gathered that Kugali is founded by three Nigerian comics artist, Tolu Olowofoyeku, Ziki Nelson, and Hamid Ibrahim.

Human rights activist denies assaulting her female orderly, shares her own side of the story

Two rescued, others trapped in another building collapse in Lagos, as rescue operation is ongoing

Three alleged robbers gunned down by police in Pietermaritzburg

Suspected militant attack results in no less than 24 Chadian troops...