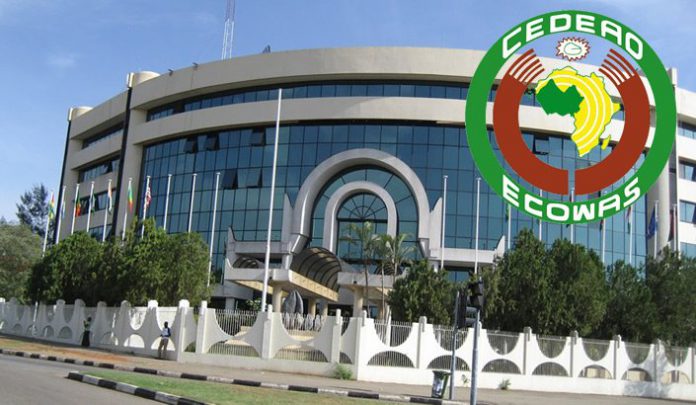 Democracy in West Africa is in crisis,  it is threatened by insecurity,  human rights violation, digital repression, electoral fraud, institutional weakness and state capture. The region is becoming a flourishing ground for unconstitutional transfers of power, compounding the security challenges of the region.  Mali, Burkina Faso and Guinea are now governed by military leaders and ECOWAS has for the last two years been searching for a sustainable solution to the political impasse in the countries.

At the foundation of the issue of democratic reversals is the crisis of governance. The inability of States to function effectively; the lack of capacity of institutions to carry out their functions, and the inability of political leaders to safeguard and protect the lives and properties of citizens is also seen as a major threat to the survival of democracy. Peace and security are the primary responsibilities of a State, and the government’s relevance is to the extent to which it can guarantee the basic rights of the people. The crisis of governance is better explained in the context of the current reality in many countries, where citizens are daily confronted with miseries such as poverty, unemployment, insecurity and hunger. This has created a trust deficit between the government and the citizens. Trust is the threshold upon which the legitimacy of a government is built and sustained and the deficit of trust portends a crisis of legitimacy.

Democratic sustainability is tied to adherence to democratic principles which include the rule of law, separation of powers, credible elections, access to justice,  equality and inclusive governance. These virtues help to reinforce the wheel of governance and maintain the state on the path of stability and national cohesion. Dictatorial instincts by political leaders have made many citizens lose faith in democracy,  making citizens resort to the search for hope by all means even outside the constitutional democracy. In Mali, Guinea and Burkina Faso citizens trooped out to the street to celebrate when democratic governments were overthrown. In some instances like Mali, civil society groups and political party leaders were reported to have endorsed the actions of the putschist.

ECOWAS and  the Crisis of Governance

The Economic Community of West African States (ECOWAS) is threatened with legitimacy and governance crises – this impacts its ability to deliver on its mandate and enforce its protocols. Democracy and security are major areas of interest of    ECOWAS, regrettably, the region has been a melting pot for insecurity and a flashpoint for the democratic decline in recent years. Part of the challenge lies in the lethargy of presidents from member states to uphold democratic principles in their countries. Another factor lies in the absence of strong institutions in many countries which has made many presidents manipulate the state institutions for their interests.

The inability of ECOWAS leaders, especially those within the ranks of the Authority of Heads of State and Government, the highest decision organ of the body comprising serving presidents to enforce its laws and protocols, has created a crisis of governance for ECOWAS. In recent times,  most presidents of ECOWAS  nations have defaulted ECOWAS Protocol on   Democracy and Good Governance through electoral malpractice and tenure elongation.

Some leaders have also captured democratic institutions in their countries subjecting State institutions to act according to their whims and caprices. President Alpha Conde’s decision to seek a third term has always been cited as the major reason for the coup in Guinea. ECOWAS today faces a legitimacy issue because many citizens in member states do not see the body as representing their interests because of their silence on the illegality of sitting presidents. For example, ECOWAS maintained sealed lips when Alassane Ouattara amended the Côte d’Ivoire’s  Constitution and sought a third term.

This practice by ECOWAS signals a departure from the old tradition when  ECOWAS used to be assertive on issues of democratic principles involving member states. In 2009 ECOWAS suspended  President Mamadou Tandja of Niger after the expiration of his two terms despite orchestrating a referendum and conducting a  sham election to validate his third term. In 2010,  ECOWAS also asserted its power and compelled  President  Laurent Gbagbo to vacate office after he was defeated by Alassane Ouattara in the 2010 Presidential Election of Côte d’Ivoire. Also in  2016 ECOWAS  restored the presidential mandate of Adama Barrow of Gambia after Yahya  Jammeh refused to vacate office after he was defeated in the presidential polls.

The deviation from this time-tested practice is what has created a legitimacy gap for ECOWAS among citizens of member states. Today, ECOWAS finds it difficult to enforce its policies and protocol on dissenting members. The failure and refusal of military authoritarians in Mali, Guinea and Burkina Faso to abide by the ECOWAS timeline of political transition despite sanctions imposed on them signal the irreverence of the body in the region.

For democracy to flourish in the region, presidents from member states must commit to democratic principles in their own countries, this will translate to wider democratic gains in the region. One way to achieve this is through the strengthening of democratic institutions in a way that they can withstand pressures from African Strongmen and authoritarians. Strong institutions are the bulwark upon which democracy is preserved. The  ECOWAS Commission and ECOWAS itself need urgent reforms that will guarantee its independence, from internal and external influences, so it can enforce its protocols without fear or favour.

Lastly, West African nations need to improve their level of statecraft, such that the government is able to deliver basic social goods to its citizens; this will help ensure trust and build faith in the hearts of citizens on the benefits and relevance of democracy.

*Ominabo is the Communications Officer at the Goodluck Jonathan Foundation

Moscow-held Ukraine regions to vote on annexation by Russia

Mozambique, Tanzania to fight Terrorism together

Atlanta Based Rapper Lil Marlo Shot Dead In His Car By...