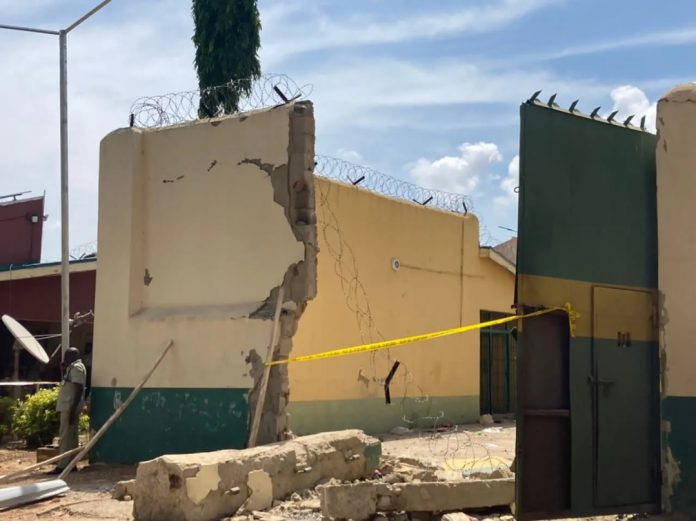 Minister of Defence, Bashir Magashi, says the 64 Boko-Haram terrorists who are inmates of the Kuje Custodial Centre, are still at large.

Magashi stated this while speaking with journalists during his visit to the centre on Wednesday, adding that members of the sect escaped along with over 600 inmates on Tuesday night after the facility was attacked by terrorists.

The Ministry of Interior confirmed that about 300 inmates have been retrieved by security operatives on Wednesday, more remain at large.

Among the missing inmates are the 64 members of Boko-Haram, who share the medium prison with other criminals.
Magashi said the government has yet to ascertain the criminal records of the inmates who are still at large. “About 994 inmates, we have about 600 already inside now. Many people are being recaptured.

“The people who came to do this from the records belong to a particular group, from all indicators they are Boko-Haram. Presently, we could not locate any of them.

“Currently there are about 64 of them as inmates and we could not locate them,” the minister said after assessing the extent of damage at the facility. Report has it that additional four persons are dead as a result of the attack.

The four persons were earlier retrieved and brought into the facility with several degrees of injuries sustained while they were trying to escape.

Their bodies were later moved into a covered Toyota Hilux around 12 noon after spending sometime on the bare floor within the facility.