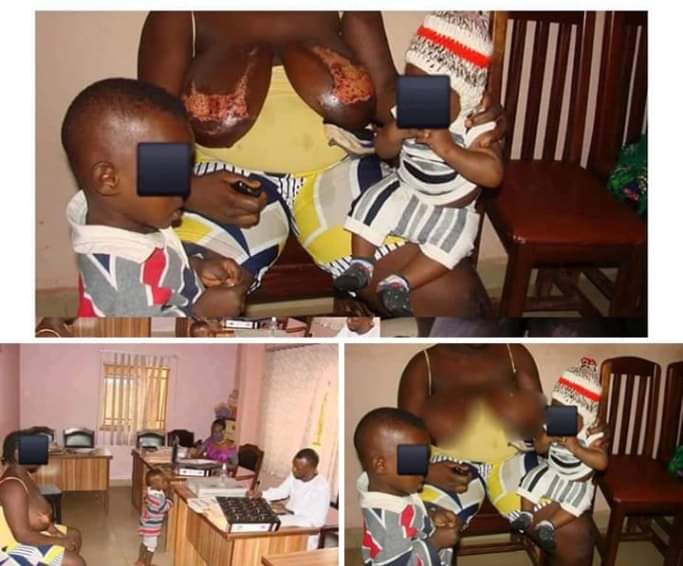 Security operatives of Enugu State Police Command have arrested a Ghanaian husband, Emmanuel Opoku who reportedly poured hot water on his breastfeeding wife’s breasts in Enugu state after she [the wife] asked him for money to purchase some food items

The story had been early filed in by a women-based non-profit organization, WomenAids Collective WACOL. The NGO explained that Mr Opoku has been arrested and will be charged to court on Monday, July 14 while the battered wife has been taken to the hospital where she is receiving medical attention.

The report by WACOL reads: “On the 9th day of July 2020, a good Samaritan reported to WACOL that one Mr Emmanuel Opoku, a Ghanaian who lives in Nigeria has been torturing and abusing his wife Mrs K. WACOL quickly reached out to the victim who is a mother of two boys.

“The victim narrated to WACOL that Mr Emmanuel Opoku was in the habit of physically and verbally abusing her, denying her and the children necessities and always torturing her unprovoked.

“The recent incident happened when she asked him for money to prepare food for the family, he blatantly refused and while she was making pap for the 3 months old baby, he proceeded to pour the hot water on her breast.

“Mrs K has been in excruciating pain, she stated that whenever she tries to breastfeed the baby her breast will start bleeding profusely.

“After her counselling session with the WACOL legal team, a complaint was filed and the team forwarded a petition to the Police Area Commander to investigate the matter and ensure the arrest of Mr Emmanuel Opoku. On receipt of the petition, the Area Commander promptly issued a warrant of arrest against the perpetrator.

“The arrest has been effected and Mr Emmanuel Opoku is now in police custody and will be charged to court on Monday. WACOL also took Mrs K.to the hospital where she is currently receiving medical treatment.”

Teachers angry with govt for defaulting in Tier 2 pension payments