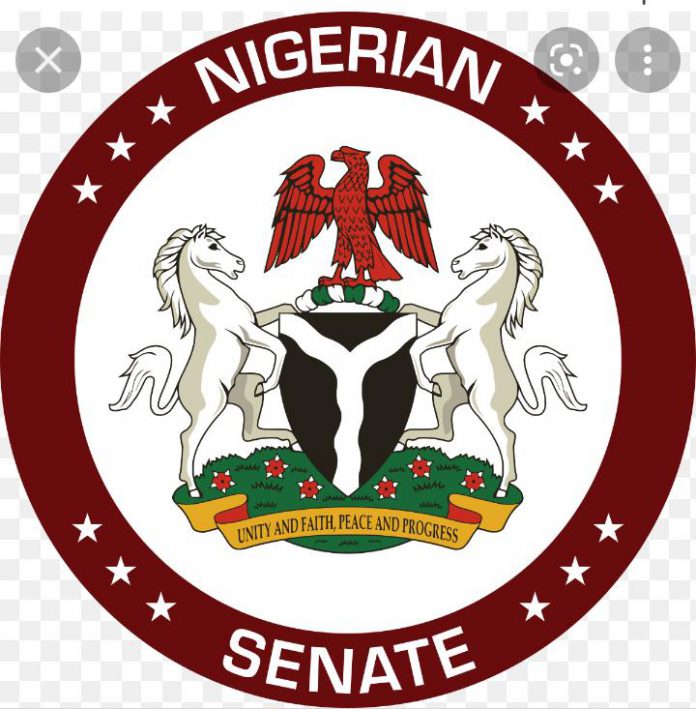 A bill seeking to prohibit the importation of fake goods into Nigeria on Wednesday scaled second reading in the Senate.

Such fake goods targeted by the bill are unauthorized or illegally manufactured, reproduced, altered or distributed products associated with abuse of recognized intellectual property right, such as trademark, patents, design or copyright in goods.

Among fake goods to be prohibited are counterfeited and pirated currencies, apparel, consumer electronics, automotive parts, pharmaceuticals, foods and drinks and chemicals among others.

Leading debate on the principles of the bill, Amosun said the bill which was read for the first time on Tuesday, 6th July, 2021, is a 26-Clause legislative proposal.

According to him, it provides for the prohibition of manufacturing, production, possession, and distribution of counterfeit goods.

“It simplifies the process of laying complaints by persons interested in protected goods that are counterfeited and provides an enhanced enforcement capacity.

“The Bill also provides for administration of criminal investigation; and seeks to make prosecution a lot less cumbersome so as to provide effective control of counterfeit goods in the country.

“While the Customs Service is further empowered to check and control imported counterfeit goods, the police is given the power to demand information for efficient crime prevention and prosecution”, the lawmaker said.

Amosun lamented that over the years, Nigeria has become a major destination for counterfeit and pirated goods and a significant transit route to other West African countries.

“The growing number of counterfeit goods in the country is a major threat and challenge for businesses, consumers and the economy.

“In fact, it is difficult to put an exact value or loss occasioned by counterfeiting, as there are no accurate figures on the number of counterfeited goods, type of goods or the volume of its sales”, he added.

The bill after consideration was referred by the Senate President, Ahmad Lawan, to the Committee on Trade and Investments for further legislative work.

The Committee was given four weeks to report back to the chamber in plenary.

The bill sponsored by Senator Sadiq Suleiman Umar (Kwara North), was referred by the Senate President to the Committee on Tertiary Institutions and TETFUND for further inputs.

Davido, 3 other Nigerians Get to feature in ‘Coming to America...

Available on board South Africa’s vaccine train are virus jabs