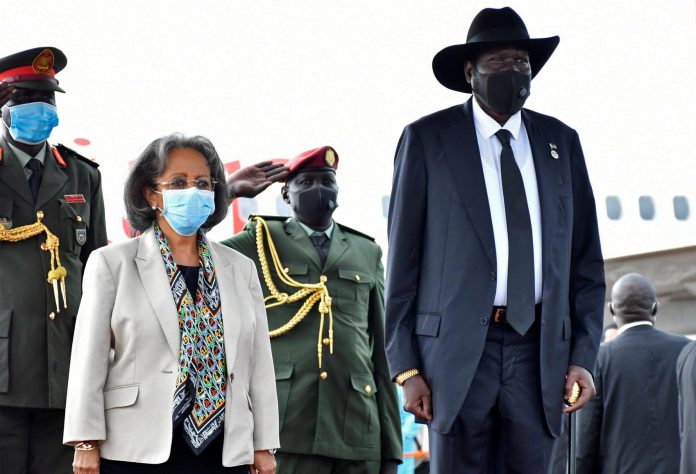 The government of Sudan signed a peace treaty with rebel groups on Saturday, October 3 in order to put an end to decades of war which has killed hundreds of thousands of people.

At the ceremony in the South Sudanese capital, Juba, there were shouts of joy as each representative came out one by one to sign the peace deal.

The peace agreement covered a number of complicated issues, from land ownership, reparations and compensation, to wealth and power-sharing and the return of refugees and internally displaced people.

It was included in the deal that Sudanese Revolutionary Front (SRF) fighters are to be slowly incorporated into joint units with government security forces.

In August, three major groups signed a preliminary deal – two factions from the western region of Darfur and one from the southern region. This was after months of talks hosted by South Sudan.

The Sudan People’s Liberation Movement-North, another renowned rebel group which is led by Abdelaziz al-Hilu, had initially not participated in the peace negotiations. It, however, agreed last month to join new talks hosted by South Sudan.

Donald Booth, who is The U.S. Special Envoy to Sudan and South Sudan commented that “This historic achievement addresses decades of conflicts and suffering, it will also require a firm and unwavering commitment to implementing the agreement fully and without delays.”

The presidents of Ethiopia and Chad and the prime ministers of Egypt and Uganda were among regional officials and politicians present at the event.

Tut Gatluak, the South Sudanese chief mediator, said ahead of Saturday’s ceremony that the aim was to eventually sign deals with all armed groups.

“Today we have reached a peace agreement. We are happy. We have finished the mission,” he said.

It was gathered that two other well-established rebel groups did not sign, depicting the challenges still facing the peace process.

Ignore Azimio Side shows and keep your eye on the ball:...