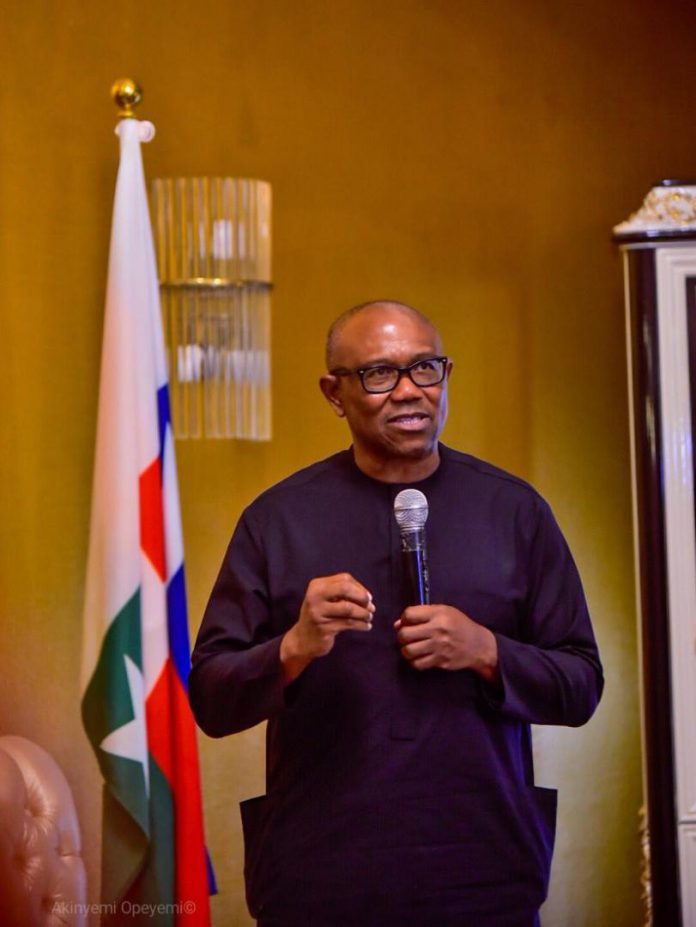 Former governor of Anambra State and presidential aspirant, Peter Obi, said he defected to Labour Party from the Peoples Democratic Party (PDP) because he is desperate to make Nigeria work again.

Obi stated this when he appeared on “Politics Today,” a programme on Channels TV, on Friday, shortly after he announced his defection to the Labour Party.

The former governor had dumped the PDP on Thursday.

“I am not desperate to be president. I am desperate to see Nigeria work (again), especially for the youths of this country,” he said.

The presidential aspirant said he left the PDP “quietly and decently” when he realised that their policies were at variance with his person and principles, stressing that he has the right to defect to any political party of his choice.

He explained that his new party is a route that aligns with his principles and personal belief. He denied speculations that he visited the former governor of Kano State, Rabiu Kwankwaso, over a possible defection to the New Nigeria People’s Party (NNPP).

“Why my choice of Labour party? If you have followed my mantra since I started this, I have always said (that) the greatest tragedy of our country today, is consumption and no production; it is sharing and not creating.

“I said I want to move the country from consumption (nation) to production (nation). I have moved to where I think the process will allow me. It is not about winning or losing. I will rather lose doing the right thing than win doing the wrong thing.

The former governor, who stressed that his new party is predisposed to his principles and mission to rescue Nigeria, however, said the party was yet to give him the presidential ticket ahead of the 2023 presidential general election.

He said: “I hope to get the (Labour Party presidential) ticket. I have to campaign the way it should be and I hope the people will vote for me because I have an idea on how to turn around this sinking ship (called Nigeria).”

On Thursday, Governor Nyesom Wike of Rivers State accused the former governor of lacking integrity and character after he resigned his PDP membership.

But Obi said character and integrity should be measured by people’s efficient management of public funds and trust.

He said he managed the resources of Anambra State prudently while he was the governor, adding that he exited office with a huge amount of money in the state’s treasury.

“Nobody has ever seen me in my political life sharing money anywhere. I am not saying I am a saint. But I did things which I believe were right.

“When I left office as governor, it is on record, I left N75 billion, that’s about $500 million as at that time. I left it because it is public money,” Obi stated

Singer, Ruger jabs at Kizz Daniel ahead of concert in Tanzania