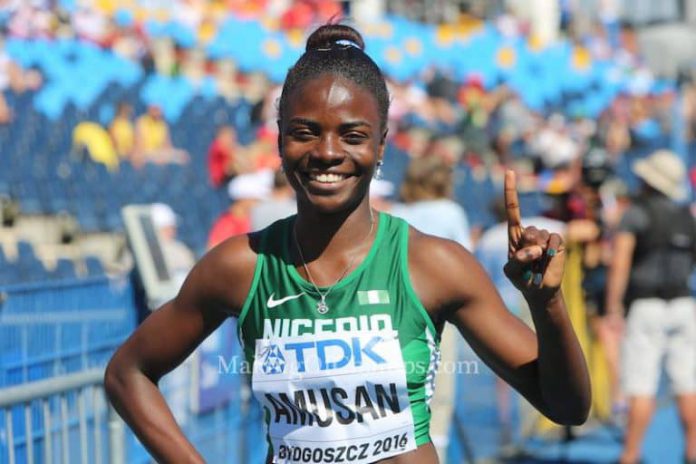 The team made up of Praise Idamadudu, Tima Godbless, Praise Ofoku and Amusan rose from the disappointment of qualifying for the final as one of the two fastest losers to successfully defend the title they won four years ago in Asaba, Delta State at the 21st edition of the championship.

Idamadudu was quick out of the blocks and handed over the baton to Godbless, the 100m finalist who established a clear lead before handing over to Ofoku.

The World U20 Championship finalist made up for the disappointment of not making the 100m final by running the second curve in a blistering fashion as she maintained the advantage created by Godbless before handing  over the baton to 100m hurdles champion, Amusan who slightly increased the advantage to coast home in first position.

The gold was Nigeria’s 11th in the event in the history of the championship.  Meanwhile, the men’s team failed to return  Nigeria to the podium as African champions since 2014.

A not too smooth second baton exchange between Nicholas Mabilo and Oghoghene Egwero at the second exchange and also between Mabilo and Seye Ogunlewe ensured a fourth place finish.