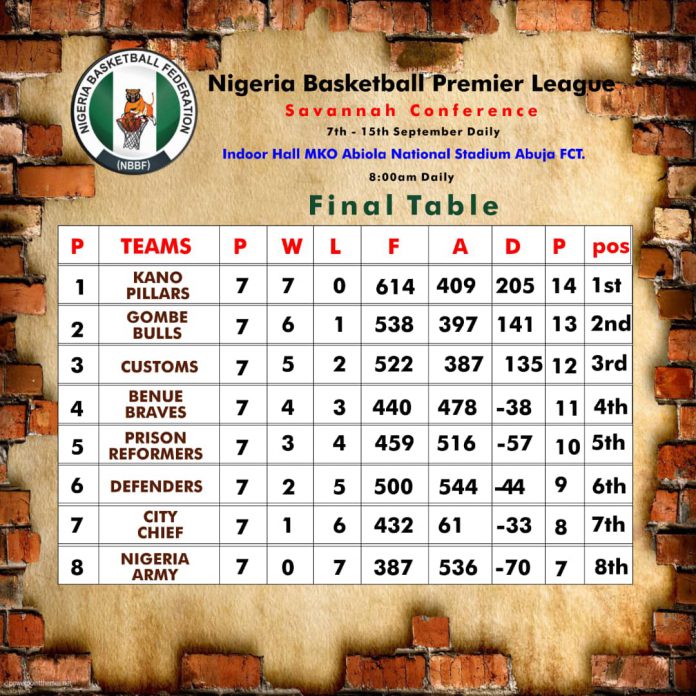 Rivers Hoopers confirmed their status as the Atlantic Conference Kings after an eight-game unbeaten streak to confirm their place in the national finals which will serve as qualifiers for the 2021 Basketball African League organised by FIBA.

Kwara Falcons until their last game against Hoopers won 7 matches, losing narrowly to the eventual champions to close out their conference run with a 7-1 run.

Police Batons of Lagos did just enough with five wins and two losses to emerge as one of the Atlantic Conference representatives alongside Lagos Islanders who won 4 games.

In the Savannah Conference, Kano Pillars also started their BAL qualification journey on a high note, closing their conference campaign with a commanding 83-75pts win against Gombe Bulls.

Bulls coached by Mohammed AbdulRahman will also be joining Customs and Benue Braves as they continue their journey to emerge as Nigeria’s continental representatives.

Meanwhile, following a request from clubs, the NBBF has tentatively announced a shift in the commencement date of the National Final 8 slated for Lagos.

“The clubs knowing the importance of the National Final 8 challenge asked for more time to effect the corrections noticed in their teams during the conference phase. Others also said players needed to recover from the rigours of the competition while others said they needed to source for more funds”

NBBF President, Engr Musa Kida revealed.
To this end, a new date for the National Finals earlier slated for 26th, September to 2nd, October will be announced soon.

3sc back to Premier league