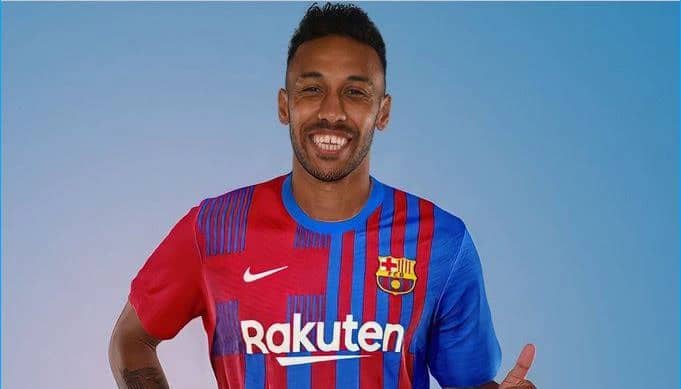 Barcelona forward, Pierre-Emerick Aubameyang, has made history after becoming the first player to score hat tricks in four of Europe’s top leagues in the 21st century.

The 32-year-old, in just his third appearance for the Catalans, netted three times in Barca’s 4-1 victory against Valencia on Sunday, after the referee deemed that the former Arsenal man had scored instead of team-mate Pedri.

The three-goal showing means that Aubameyang is the first player since the turn of the century to score hat-tricks in the Premier League, Ligue 1, Bundesliga and now LaLiga.

Barca’s fourth goal at the Mestalla was originally assigned to Pedri, but has since been changed to the Gabonese striker.

His first hat trick in European football came while playing for Saint-Etienne in February 2012 against Lorient, where he netted three times just two months after signing permanently with the Ligue 1 club.

However, after moving to Borussia Dortmund a year later, Aubameyang did not take long to hit the ground running in Germany.
On his Bundesliga debut against FC Augsburg, he scored a memorable hat trick including a goal from his first shot in the league.

Then, after joining Arsenal in January 2018 for a reported £56million, Aubameyang had to wait over three years for a Premier League hat trick.

He did score three times in the Europa League in May 2019 – ironically against Valencia – but his first three-goal showing domestically came last February, in a 4-2 victory against Leeds played behind closed doors.

And now, after his strikes on Sunday, Aubameyang has claimed the match ball in four different major European leagues.
The result puts Barca back in fourth place in LaLiga, level on points with Atletico Madrid having played a game less.

Aubameyang moved to Barca on a free transfer on deadline day in January after falling out of favour under Gunners boss, Mikel Arteta.

5 things to know about Kenya

Over 100 vultures killed in suspected poisoning in Kruger Park