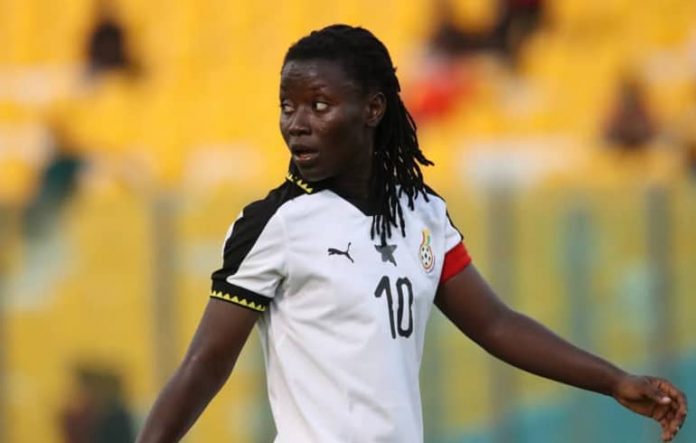 As Nigeria’s Super Falcons continued its preparations for the all important African Women Cup Of Nations (AWCON) qualifiers with series of friendly games, captain of Black Queens of Ghana Elizabeth Addo has criticized their football Association for team’s non-involvement in warm up matches.

Since the draw which was conducted earlier in the year pitched Nigeria against rivals Ghana, the Nigeria side has engaged in series of friendly matches to put the team in shape.

The African champions is in United States taking part in the Summer series. Super Falcons have played two matches losing the first match against Jamaica but played out a 3-3 draw against Portugal.

“Ghana Football Association, Ministry of Youth and Sports, we saw Nigeria play Portugal last night and they gave a beautiful account of themselves,” she said

“This a team we play a crucial qualifier game within a few months and their preparation is enviable. Black Queens need good international games to get ready. Please listen to us for once,” she added.

Nigeria who is presently the African champion will face host United States in the final match of the Summer series.

Between Cultural Norms and Gender Stereotypes: Do Egyptian Men Hide Their...