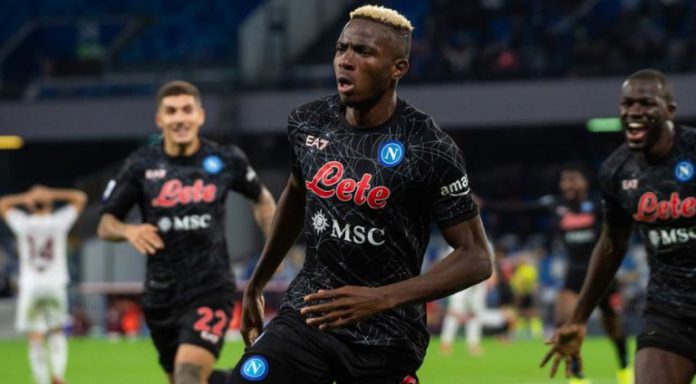 Calamity strikes as Victor Osimhen is out of play for two months.

The Super Eagles striker who sustained multiple injuries over the weekend, in the match against Inter Milan will be out for two months according to latest report emanating from Italy.

The former U17 World cup player will miss the Africa cup of Nations coming up January and also eight games for his club side Napoli.

Who will step into the shoe of Victor Osimhen during Nations cup in January? Definitely, the young lad will be greatly missed in the striking role of the Super Eagles in AFCON.

What a serious blow to Super Eagles fans and faithful.