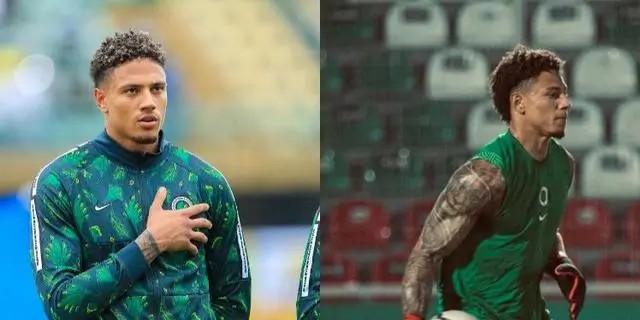 The future of Maduka Okoye in the Super Eagles will be revisited after the goalkeeper snubbed invitations to join the team for this month’s AFCON qualifiers.

Reports had initially suggested Okoye was injured and was undergoing treatment, but the goalkeeper also failed to speak to Super Eagles goalkeepers’ trainer, Ike Shorounmu.

Speaking on the 22 year-old’s situation in future national team matches, Shorunmu told FL that efforts will be made to ‘bring his mind down’.

“Before we left for the US tour, I tried to reach him because I had learnt he was injured. But I couldn’t get him,” the Super Eagles goalkeeper trainer disclosed.

“Secretary of the team also tried to contact him via message (text), I also did a second time, but we learnt he was trying to sort out club matters because he recently concluded his transfer.

“But, it’s everything is ok about the future, we’ll reach out to him again to calm his mind.’

Shorunmu did however praise Francis Uzoho, who deputized in the absence of the first choice Okoye.

“In both games we played in Africa, he showed a lot of improvement. He made important saves and one in particular against Sierra Leone.”

Bose Omolayo Wins Gold For Nigeria In The Female 79kg ....