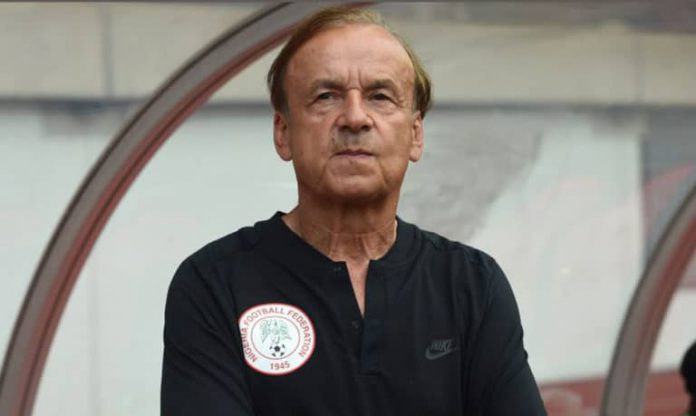 Erstwhile Super Eagles of Nigeria coach, Gernot Rohr has revealed that he will be willing to take charge of the team if his service is sought for once more after being relieved of his duty three days ago by the Nigerian Football Federation.

The Franco-German manager made this known in an exclusive interview with ESPN, demonstrating his love and compassion for the Super Eagles when he offered a firm response to the question of whether he will welcome the possibility of working with Nigeria in the future.

Gernot Rohr served as the Super Eagles coach for a record five years, four months and ten days having led the team to the World Cup in 2018, a third-place finish at the AFCON 2019. He also qualified them for the AFCON 2022 and remained on course to do so for the 2022 World Cup.

However, he was sacked after a series of unflattering and lacklustre displays from his team during the later stages of the World Cup qualifiers – suffering a sloppy 1-0 home defeat to lowly ranked Central African Republic before playing out a nervy 1-1 draw to Cape Verde – triggered criticism and raised skepticism from the fans and media as to the gaffer’s ability to successfully pilot the affairs of the Super Eagles in the upcoming African Cup of Nations tournament in Cameroon.

Residents around Yendi-Zabzugu-Tatale resort to tricycles over bad roads

Controversial winner sees Japan into round of 16