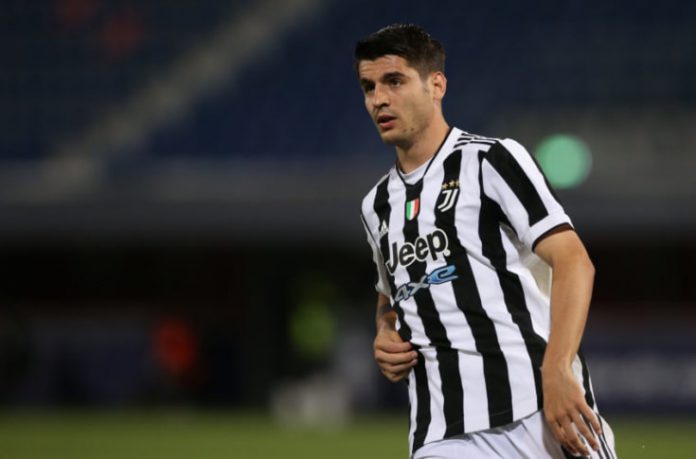 Juventus is reportedly readying an offer to sign Alvaro Morata permanently from Atletico Madrid, with Arsenal believed to be interested in the Spanish international.

According to Gazzetta dello Sport, the Bianconeri are willing to pay €20m (£16m) to sign Morata one year early from the reigning La Liga champions despite Juventus’ loan deal saying that Juventus will buy the former Chelsea star for €35m (£30m).

As per the report, Juventus is using the argument that Morata’s contract with Atletico expires in 2023, meaning they could lower the fee to sign the 29-year-old on a permanent deal this summer, with clubs, such as Arsenal, now eyeing the striker.

As reported by Niccolo Ceccarini, Morata is on Arsenal’s shortlist for a new striker with Mikel Arteta and Edu Gaspar eager to find new replacements for Alexandre Lacazette and Eddie Nketiah, who are both set to leave north London this summer.

With eight goals in all competitions, Morata has been more productive than the Arsenal strikers this season. However, given his age and his poor record in the Premier League during his two seasons with Chelsea, this move seems unlikely to happen.

Indeed, Arsenal’s transfer strategy as of last year is to sign younger players with the potential to grow into important first-team members, and Morata’s age doesn’t fit this profile at all for the north London side.

Arsenal signing an older striker isn’t too farfetched given that the Gunners will likely need to sign two players in the position next summer, yet Juventus’ move for Morata is a big relief for Arteta’s side.

After all, whilst Morata can be clinical on his day, the Spaniard is simply too inconsistent to be considered a candidate to join Arsenal this summer, with Juventus willing to sign another striker from the Gunners’ shortlist following their swoop for Dusan Vlahovic last January.

‘Ronaldo’s Interview A Planned One’