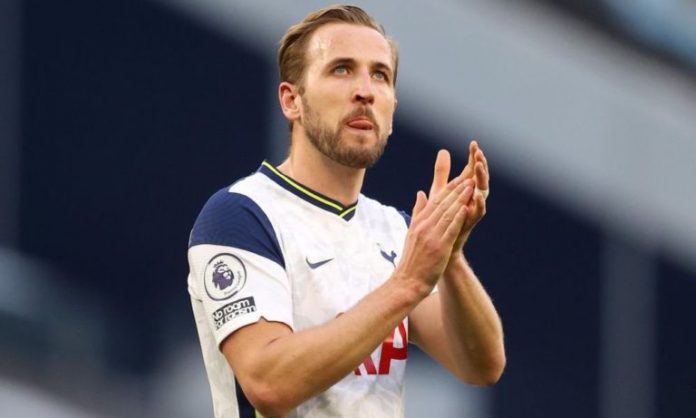 Manchester United are reportedly considering a move for Tottenham Hotspur and England striker Harry Kane as a potential replacement for Cristiano Ronaldo.

Ronaldo, 37, eventually stayed put at Old Trafford despite being heavily linked with a summer move away from the Red Devils, who failed to qualify for the Champions League last season.

However, with less than 12 months remaining on his contract, speculation continues to swirl regarding the future of the five-time Ballon d’Or winner.

Ronaldo has had to settle for a peripheral role under Erik ten Hag so far this season, starting only three times in eight games across all competitions, with his two most recent starts coming in the Europa League.

The Portuguese legend is determined to continue playing at the highest level and fight for silverware, but it remains to be seen whether he will do so with the Red Devils beyond January.

According to Fichajes, Man United, Chelsea and Bayern Munich are the three teams fighting for the signature of Spurs star Kane, with the former identifying the England captain as a replacement for Ronaldo.

Ten Hag will allegedly have around £70m to spend in January, but the potential departure of Ronaldo could see the Dutchman handed an additional £30m.

Ten Hag is set to hold further discussions with the club’s hierarchy regarding transfer business in the winter window, with initial talks having already taken place.

“We have many meetings, we have to improve the structures in and around the club, we will do,” Ten Hag told MUTV.

“We will also look to the window in January or next summer already but also to improve our way of playing by making plans and, of course, this coming period with every third day a game, we have to get ready for that.”

United will likely face stern competition from both Chelsea and Bayern Munich for Kane, with the former reportedly weighing up a possible swap deal involving Romelu Lukaku.

Case of Limpopo comedian accused of killing his wife postponed

Deadline for debt exchange program moved to February 7 with new...