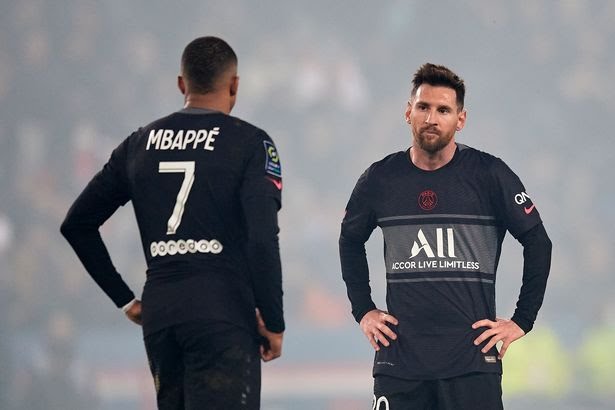 Paris Saint-Germain (PSG) forward Lionel Messi will reportedly not rejoin Barcelona as long as Gerard Pique is at the club.

Messi, 34, left Barcelona last summer after 16 storied seasons at the Nou Camp and joined PSG on a free transfer.

During his time at the Nou Camp, he scored a record 672 goals in 778 appearances. He is deemed by many as the greatest footballer of all time.

However, Messi has not hit the ground running at PSG and has just seven goals and 11 assists in 23 games in all competitions so far.

Rumors have started to emerge of him potentially returning to the Catalan giants, with Messi said to be frustrated with the French media’s portrayal of him.

According to El Nacional, however, a potential Messi return to the club will rest on Pique not being at the Blaugrana.

The Argentinian learned that Pique had told Barca president Joan Laporta that with Messi’s departure, the club’s finances would improve. The Argentine is said to be annoyed with the Spaniard telling Laporta such a thing given the two have known each other since the age of 13.

Evidence of Messi’s resentment of Pique took center stage during the Argentinian’s wife’s birthday celebrations. His former Barca teammates Luis Suarez, Sergio Busquets, Jordi Alba and Cesc Fabregas were all present. But there was no sign of Pique or his wife Shakira. They had been regular attendants of such events in the past.

The rumor mill will be making some audacious claims this summer with a list of players reportedly wanting moves. This includes Messi’s PSG teammate Kylian Mbappe, who is keen on a move to Real Madrid.

Any move that sees Mbappe head to the Santiago Bernabau would likely put to bed any chance of Messi returning to the Catalan side.

PSG can ill afford to lose Mbappe, let alone both him and Messi from both a business perspective and as a collective on the pitch.

Despite not living up to his normal heights that saw him flourish at Barcelona prior to his move, Messi is still a formidable player. He has contributed to Paris Saint-Germain’s run in the UEFA Champions League this season.

It will be interesting to see if any more information concerning the Messi and Pique debacle comes to light ahead of the summer.

Alchemist joint on the spot again after bouncers filmed molesting a...

Samini, Wande Coal billed for DMV Party in the Park