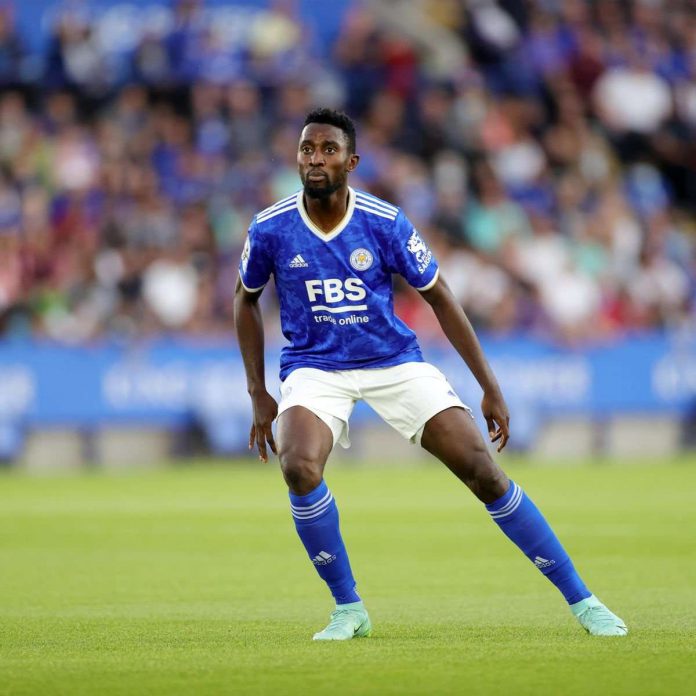 The two Super Eagles stars suffered mixed fortunes as Leicester City finally got their season up and running with a resounding 4-0 bashing which also resulted to City leapfrogging Forest in the relegation waters.

Awoniyi would have put Forest ahead but he missed a glorious chance for Nottingham in the early part of the match.

Ndidi had pulled out of Nigeria’s squad that faced Algeria last week but was fit enough to play for the Foxes. However, he only played the first half of the encounter, winning three duels, two tackles and three interceptions.

Meanwhile, it was a night to forget for Awoniyi, who could not add to his two-goal tally for Nottingham. The Nigerian international was again handed a starting berth by Forest manager Steve Cooper.

But it was not meant to be for the former Golden Eaglets striker as he missed two big chances, including one that could have put Forest ahead.

Leicester went into the game knowing they could not afford to lose after losing their last five Premier League games. The game started with Brendan Rodgers’ men on the front foot, but it was Forest that almost took the lead through Awoniyi.

However, the Nigerian international could only direct Gibbs-White’s through ball at the post. Awonyi’s chance woke Leicester up, and they took the lead in the 25th minute through James Maddison’s deflected effort. Two minutes later, Harvey Barnes doubled Leicester’s lead before Maddison scored his second of the game with a sumptuous freekick to give Leicester a three-goal lead at half-time.

The second half resumed with Ndidi off for Soumare, but that did not stop the Foxes as Patson Daka made it four.

Cooper also reacted by bringing on Emmanuel Dennis for Awoniyi, but the Nigerian international could not grab a consolation for the away side.

The result takes Leicester above Forest, who are now rooted to the bottom of the Premier League table.

‘The president is soft on crime’: DA reiterates call for Ramaphosa...

Lampard Distanced Self From England Job