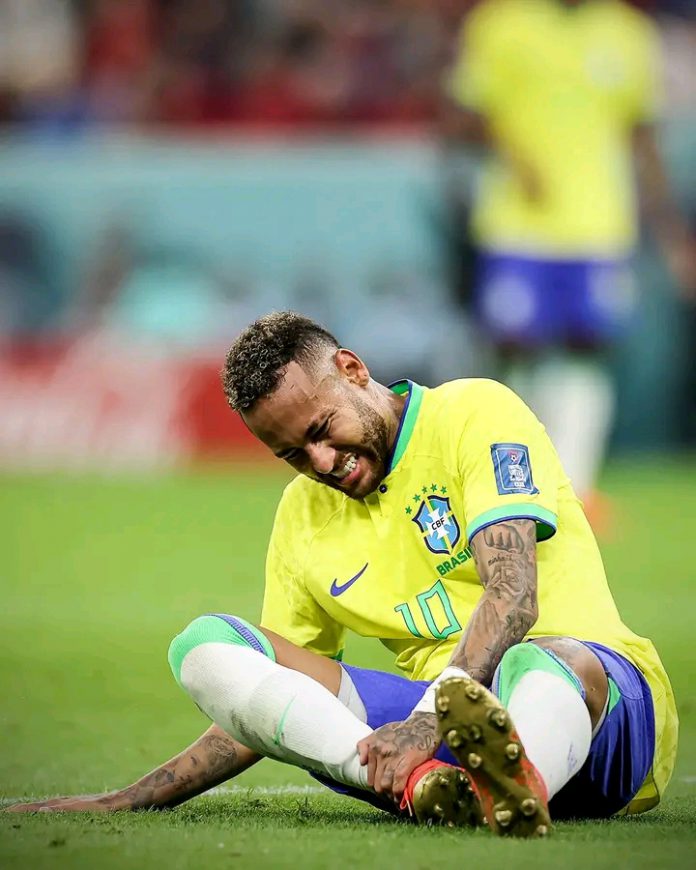 Neymar has been ruled out of Brazil’s next two World Cup games after sustaining ligament damage in his right ankle, says their team doctor.

The 30-year-old forward was replaced in the 80th minute of Thursday’s 2-0 win over Serbia after a heavy tackle from Nikola Milenkovic.

Neymar sat with his face covered while receiving treatment and pictures showed his right ankle was swollen.

Right-back Danilo will also miss the next two games with ankle damage.

“Neymar and Danilo went through a MRI on Friday afternoon and we found ligament damage in the ankle of both of them,” said Brazil team doctor Rodrigo Lasmar.

“It is important to be calm and evaluate day by day. The idea is to recover them for the rest of the competition.”