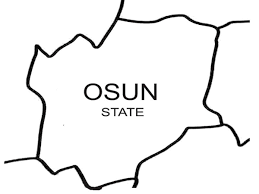 To ensure adequate preparations, the Local Organising Committee and Technical and Facility Committee for the Osun Sports Festival on Friday, July 23, 2021 inspected some of the facilities that would be used for the sporting events.

The leadership of sports in OAU received the team and assured the Osun State Government of cooperation and support.

Addressing the leadership of sports in OAU, the representative of the State Commissioner of Youths and Sports, Mr Layi Adesiyan, the Director of Sports of the ministry, said the sporting activities for the festival would cut across the three Senatorial districts.

Adesiyan explained that the state decided to spread the games to some towns like Ile-Ile, Ilesa, Iwo, Ede among others to reach nooks and crannies of Osun. He therefore urged the management of the institution to support the Government by releasing its sports facilities for usage.

Speaking for OAU, the Director of Sports of the institution, Mr Abu and Deputy Director, Mr Chike Egbunam said OAU has the best facilities for the festival. They assured the state of support and stressed the need for the state government not to abandon the talents that would be discovered.

Meanwhile, the first Joint technical meeting with Directors of Social and Community Development in the state has been slated for Tuesday, July 27, 2021 at the Osogbo Township Stadium by 11:00am.

The meeting is in view of the Senatorial Districts Elimination for ball games including volleyball, basketball, handball and football.