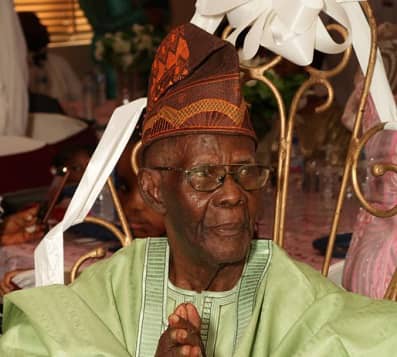 The man credited for changing the name of the Nigeria national team from Red Devils to Green Eagles, Peter Osugo, is dead, a statement from the family, signed by Leo Osugo, has disclosed.

Peter Chukwuma Osugo aka PECOS died on January 24, 2022 at the age of 92 years.
Osugo, then as the Editor of the Sunday Times in 1975, was incisive with his writings on Nigerian and Global sports coupled with his previous background as an elite athlete, an attribute which drew the attention of Israel Adebajo, the proprietor of Stationery Stores who approached him to become the team manager of the club.

Later, he was logically invited to become the Team Manager of the national team and he is credited with renaming the team from the Red Devils to the Green Eagles and of course this metamorphosed to the current Super Eagles.

A native of the Umu-Obi Osugo Royal family of Ase Community in Ndokwa East Local Government Area of Delta State, Osugo was happily married to Helen Osugo née Mafeni, an acclaimed educationist who joined her creator in 2009. His brothers, sisters, children, grandchildren and great grandchild survive him.

FA Cup: Aribo Helps Southampton Into Round Of 16 After Home Win Vs Blackpool

Why Lionel Messi will likely consider picking up a yellow card...