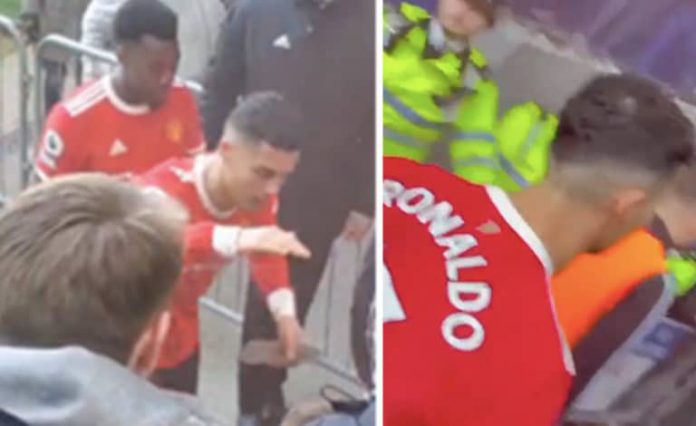 Footage was shared on social media alongside comments claiming he smashed the device as he left the pitch after his side’s 1-0 loss at Everton.

Ronaldo, 37, later apologised on social media. Merseyside Police said they were investigating “reports of an alleged assault” at Goodison Park on Saturday.
A spokesperson said they were liaising with both Manchester United and Everton.

“As players were leaving the pitch at 2.30pm, it was reported that a boy was assaulted by one of the away team as they left the pitch,” they added.

“Inquiries are under way and officers are currently working with Everton to review CCTV footage and are carrying out extensive witness enquiries to establish if an offence has taken place.

I have no problem with IEBC staff so long as they...

Man Utd, Arsenal, Others To Pull Out Of Osimhen’s Race