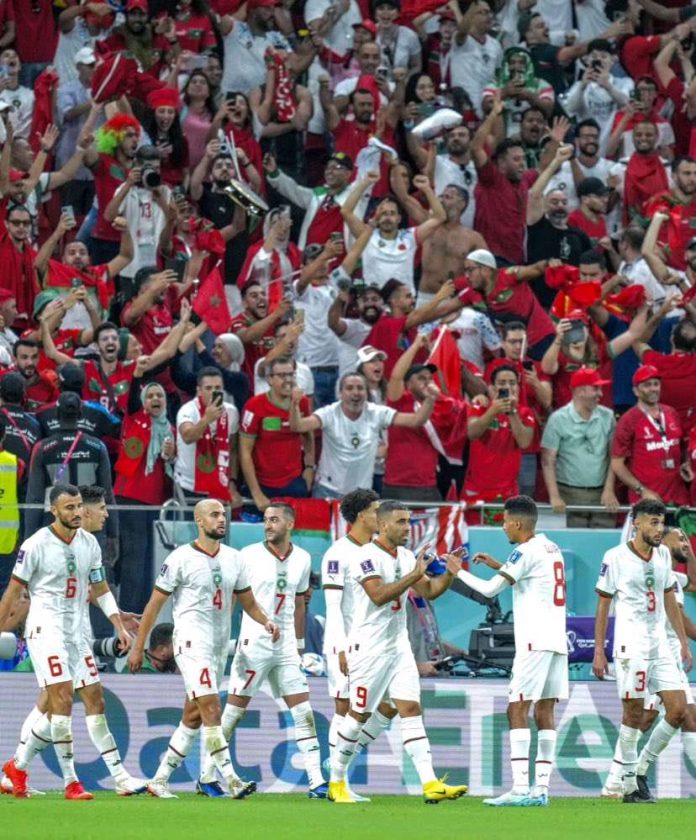 The Confederation of African Football (CAF) has expressed excitement after Atlas Lions of Morocco triumph over Spain in their Round of 16 clash at the 2022 FIFA World Cup on Tuesday.

The North Africans defeated La Furia Roja 3-0 on penalties to secure a place in the quarter-finals of the first-time ever.

Both teams stood firm after 120 minutes of exhilarating football action.

Marco Asensio and Nayef Aguerd missed good chances for either side in the first half.

Spain were unlucky not to score the winning goal in the last minute of extra time when substitute Pablo Sarabia hit the post.

Morocco goalkeeper, Yassine Bounou was the hero as he saved two of Spain’s spot kicks, with the other one hitting the post.

“🇲🇦 Morocco reach the #FIFAWorldCup quarter-finals for the first-ever

The Atlas Lions will face Portugal in the quarter-final on Saturday.