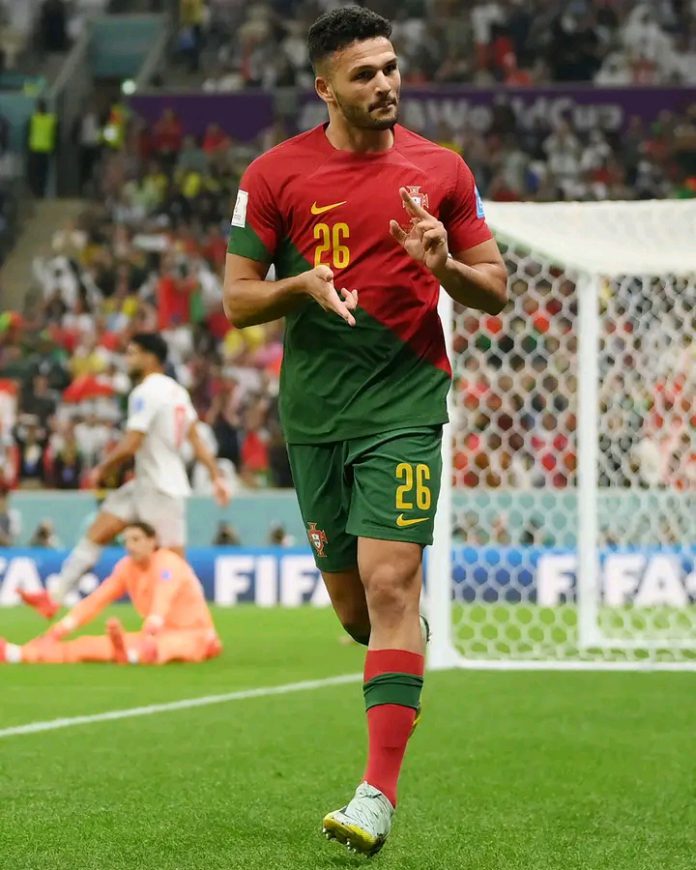 Former Manchester United player,  Cristiano Ronaldo was dropped to the bench for the last-16 meeting with Switzerland and his replacement rewarded with a hat-trick in a stunning team display.

According to Portugal coach Fernando Santos, reacted  at gestures made by Ronaldo when he was substituted in the last group game against South Korea and it was the first time in 31 games stretching back to 2008 that he had not started in a major tournament.

It was a no Ronaldo no problem ceremony for the Portuguese, as 21-year-old Benfica striker Ramos hit the first hat-trick of the tournament on his first international start, to help set up a quarter-final against surprise package Morocco after their win against Spain on penalties.

Ramos started the humiliation after 17 minutes when he made a finish past Swiss keeper Jan Sommer at the near post before veteran 39-year-old defender Pepe doubled Portugal’s lead when he headed home Bruno Fernandes’ corner in the 33rd minute.

The debutant continued effectively ended the contest with a near post swoop on Diogo Dalot’s cross six minutes after the break, the striker turning provider to set up Raphael Guerriero to round off a sweeping move with a powerful strike four minutes later.