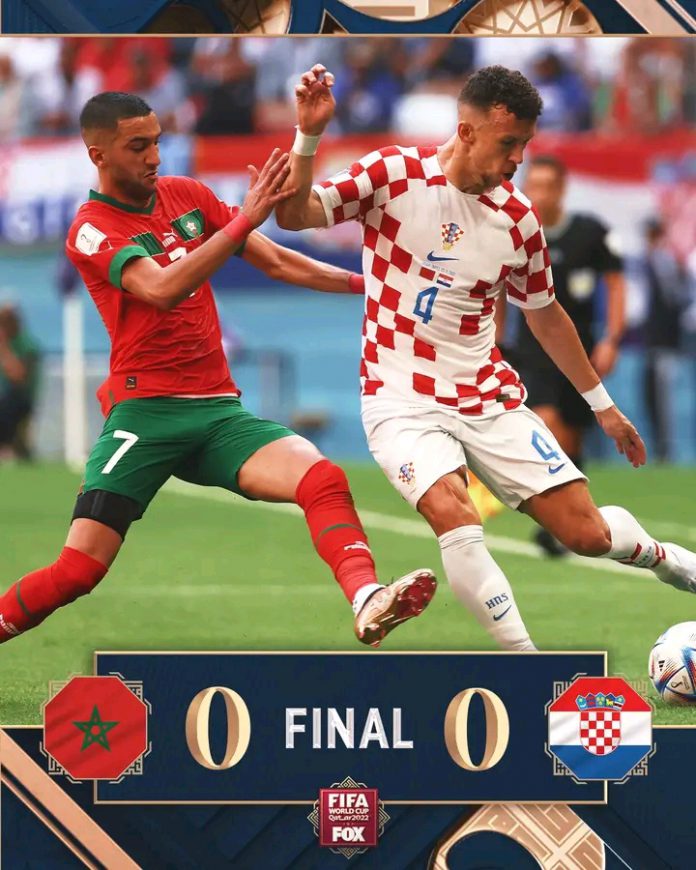 Croatia, runners-up four years ago, started their World Cup campaign with a goalless draw against a well-drilled Morocco at Al Bayt Stadium.

Only four players from their final defeat by France in 2018 started this game and they lacked an attacking spark throughout, but came closest through Nikola Vlasic’s toe-poked effort.

Morocco were impressive, but failed to create clear-cut opportunities.

Belgium play Canada in the other Group F game at 19:00 GMT on Wednesday.

Croatia, who are 12th in Fifa’s world rankings, dominated possession as expected, but they were unable to create opportunities or break down Morocco, who have only lost two of their past 40 games across three years.

The best chance of a match that had only two shots on target from each side came in first-half stoppage time, when a left-wing cross was diverted towards goal by Vlasic, but the midfielder on loan at Torino from West Ham was denied by the right leg of Yassine Bounou, who spread himself to close down the angle.

Morocco, who are ranked 22nd, came closest when Noussair Mazraoui followed in a deflected shot and saw a back-post header saved.

Man arrested for allegedly beating his 22-yr-old girlfriend to death in...

Araujo: It was obvious Barca didn’t want me to hurry back...